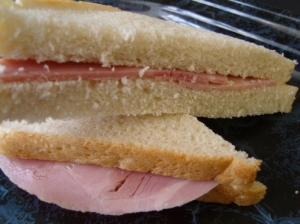 There has been a lot of discussion about grand juries and what they do. What makes them so grand? Where do they come from? How are they different from your standard (or “petit”) jury?

Grand Juries were historically used in common law countries, such as England and the United States, to provide checks against prosecutorial overreach. In fact, they were initially used for all sorts of purposes, including basic government. Over time, however, their use has gradually declined, with the United States being the only country that still regularly uses them.

From Wikipedia: “A Grand Jury is a legal body that is empowered to conduct official proceedings to investigate potential criminal conduct and to determine whether criminal charges should be brought.”

In other words, the grand jury decides whether there is sufficient probable cause for the prosecutor to file charges against someone accused of a crime.

But what’s so grand about that? Well, while the petit jury you see in normal trials (or at least on Law & Order) is made up of 12 jurors, a federal grand jury has anywhere from 16 to 23 members. In order to bring a case in federal court, the prosecutor must have 12 of those jurors decide that there is sufficient evidence, or probable cause, to be tried. If they vote to do so, it’s called an indictment. (“in-DIGHT-ment”)

Why do they go through all this rigamarole? I thought the prosecutor just decided when to file charges? The requirement for a Grand Jury comes from the Fifth Amendment to the United States Constitution. You may know that the Fifth Amendment is the basis for Miranda Rights, including the right to remain silent, but it also provides that “no person shall be held to answer for a capital, or otherwise infamous crime, unless on a presentment or indictment of a Grand Jury…” So, in federal court, charges can’t be brought against someone until the Grand Jury has indicted.

So that’s how it works in federal court, but the cases that we’ve heard about recently have been in state courts, namely Missouri and New York. Do state courts have to use grand juries, too? Actually, no. In this instance, the Fifth Amendment requirement for Grand Juries hasn’t been held to apply to the States, meaning States are not required to use a Grand Jury to file an indictment. Only twenty-two states have laws allowing for the use of grand juries, and not all of them regularly use them. Many of those states only use them for felonies, or homicides, or other extreme cases. Many others don’t use them, even though they could.

Okay, so why go through the fuss of having two trials? Ah, don’t get confused here. Even though they’re a jury, the Grand Jury doesn’t meet in court. They are not actually held in courts, or with judges, or even with the defendant! Grand Juries are, generally speaking, only allowed to hear from the prosecution, from the witnesses the prosecution chooses to call, and they see only the evidence the prosecution wants them to see. There is no judge to rule on evidence, and there is no defense attorney (or defendant) there to dispute the evidence that the Prosecution presents. Needless to say, this lack of argument against the prosecution makes it incredibly easy for the prosecution to set forth its side. Because the Grand Jury hears nothing other than what the prosecution wants it to hear, indictments are almost guaranteed. When a prosecutor asks for an indictment, it’s generally given, which gives rise to the famous quote that “a Grand Jury would indict a ham sandwich.”

In addition to this, Grand Juries usually meet in secret, and any transcripts are sealed records, and the very fact that they have been called is usually not revealed. If Grand Juries were public, it would be even harder to get witnesses to come forward in the first place, especially if their testimony would serve no ultimate purpose if the person were not indicted.

The purpose of the Grand Jury is one more step in the checks and balances that we place on the government and the actions of the State. Just as the Founders provided that we can’t be compelled to testify against ourselves, they also didn’t want to give the State an unlimited ability to prosecute people for serious crimes. The Grand Jury is one (albeit small) hurdle for the State to clear along the way of trying a person for a crime. As stated above, it’s usually a done deal when a person is accused before a Grand Jury, but there are exceptions. The two prominent cases in the past weeks are proof.

*This was first posted on my firm blog at http://www.jwellslawfirm.com on December 8, 2014.*

Our past matters today

Hercules and the umpire.

THE ROLE OF THE FEDERAL TRIAL JUDGE. PLEASE NOTE THAT THIS BLOG ENDED FOREVER ON JULY 9, 2015

the title says it all.

A perspective on law, politics & life

Trials & Tribulations of a Future Lawyer

An insight into getting into the world of law from a students perspective.

The Whitest One of All
Philly Law Blog